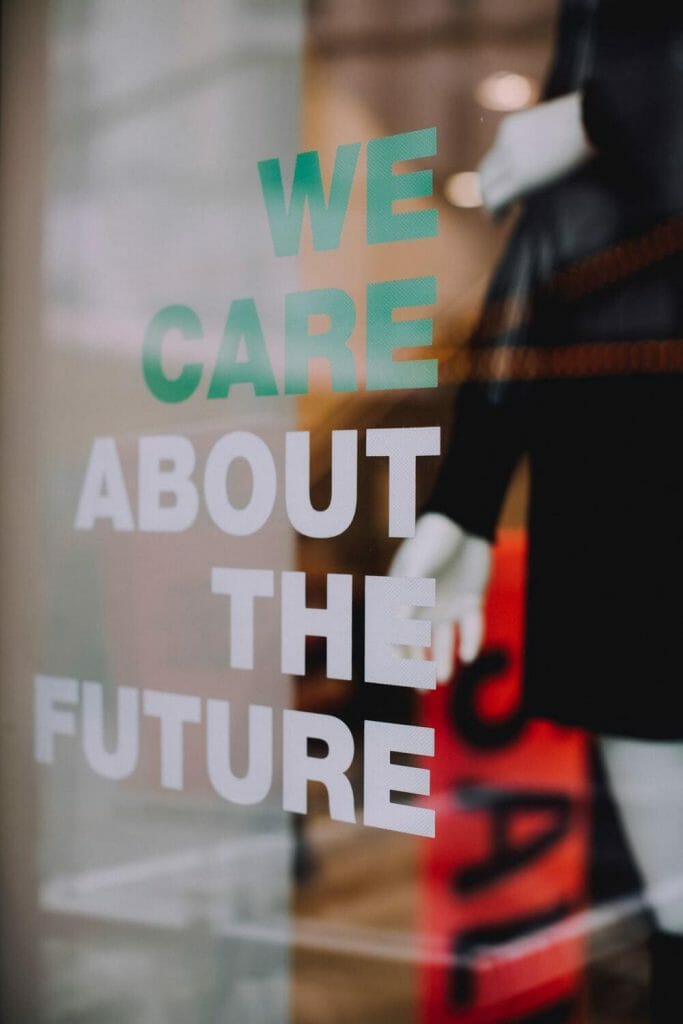 Before talking about the impact, it is important to know why.

The production pace of Fast Fashion companies is only sustainable by producing in countries where labour costs are low and where workers are easily exploited.

In the last twenty years, spending little to dress well and in various ways has become the norm for all of us, and this is the reason for the success of fast fashion.

And now let's talk about the environmental impact.

Let's start by considering that the textile industry is the second most polluting industry in the world...

But what are the main issues?

It has been predicted that CO2 emissions from the fashion industry will increase by 60% over the next 12 years. The jeans industry's transport alone produces 13% of the total annual CO2 emissions.

2.The decline in natural resources

The fashion industry is almost completely dependent on the use of fossil fuels and the necessary labour. The production of a pair of jeans spans 4 continents and the various components used to make a pair of jeans can travel up to 65,000 km. Half of the ecological damage caused by the production of jeans is related to transport, the other half to the cotton harvest.

3.Exploitation and pollution of water resources

20% of the world's water pollution is caused by the fashion industry. Many factories discharge polluted water (fabric dyes, but not only) into natural water resources, poisoning rivers, seas and groundwater and destroying any present ecosystem forever.

4.The exploitation of the soil

Fashion is directly linked to the exploitation of the earth and the process of loss of biodiversity through land use. From cotton fields to cattle farms for leather production.

It's responsible for 20% of water pollution and harmful gas emissions into the air. 1/4 of the pesticides produced worldwide are used in the cultivation of cotton. In India, where most of the cotton used in the fashion industry is grown, these toxic substances have not been banned as in Europe.

Fast fashion clothing has a lower cost than other production models. These low costs are due to the low quality; mostly cheap synthetic fabrics are used and the production, which takes place in extremely poor countries such as Bangladesh, Cambodia, India and China.

In Guangdong, China, young women work up to 150 hours of overtime a month, 60% of them have no contract and 90% have no access to social security; in Bangladesh textile workers earn $44 a month (compared to a minimum wage of $109) - source: Fashion Revolution.

There are international associations such as Fashion Revolution, which has been fighting against social exploitation in the textile sector for years, and does so mainly through the campaign "Who made your clothes?".

In the West, we buy clothes for 400% more than 20 years ago. In these 20 years, clothes have become cheaper and of lower quality, so people are induced to buy more and more clothes that are kept for very short periods, like one season only.
The Fast Fashion textile chain has caused untold environmental and social damage over the last 20 years. Accelerating even more with the arrival of online shopping.

Textile waste has become a very serious problem, especially if we think that it often consists of non-biodegradable fabrics and synthetic fibres. The clothes we discard make up a large part of the waste in landfills, and cannot be disposed of naturally as opposed to organic waste, and will end up in incinerators contributing to air pollution. Every year tons of textile waste is produced, and it's this unsustainable waste of resources that makes the sustainable fashion movement rock.

Fortunately, as awareness grows, we are moving towards the concept of Zero Waste.

Fast fashion can't use the environmentally friendly fabrics currently on the market for economic reasons (they cost more), but to counter the negative aura that hovers over this sector worldwide, some brands such as H&M have devised campaigns to take back used clothes in exchange for discounts on purchases.

Some of the used clothes collected from shops will be reused to create new fabrics, while others will be disposed of according to disposal standards.

These initiatives have been a success with the public, mainly because the consumer has the opportunity to buy new clothing, while the retail chains dispose of their Fast Fashion collections, thus keeping a market that by its very nature has to travel at very high-speed moving.
For the time being the big retail chains are making efforts to produce in a more sustainable way, but mostly we are talking about GreenWashing, unfortunately.

YOU MIGHT ALSO LIKE
Cut the Greed, not the Greens!
6 Must-Watch Documentaries on Sustainability and Environment
What is zero waste?

We'll help you out with everything

No products in the basket.