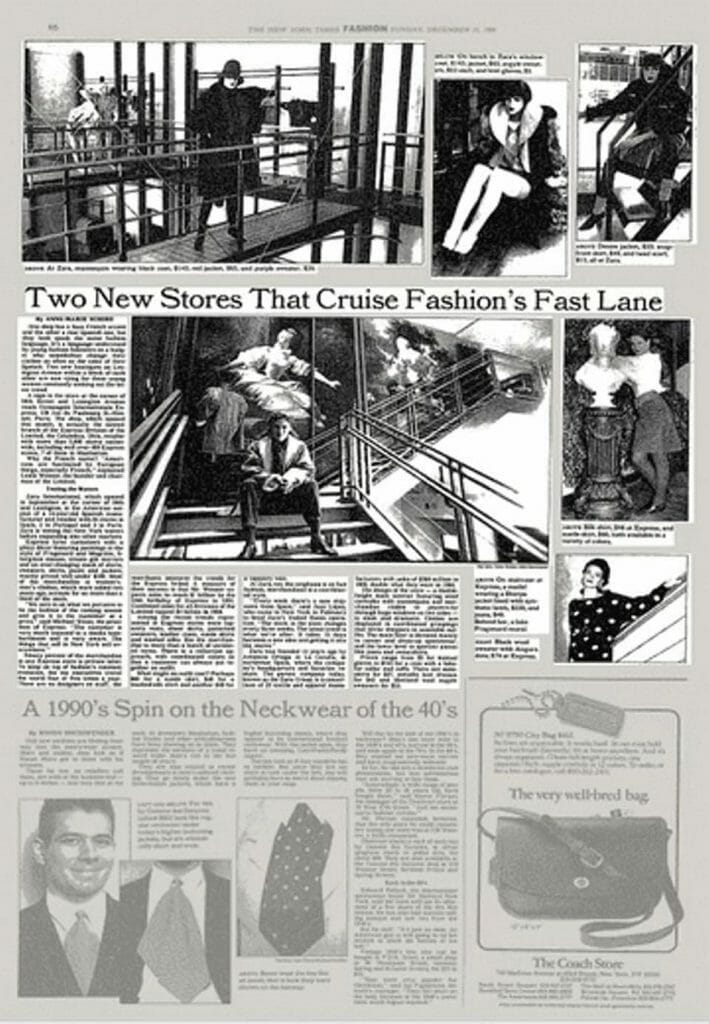 What is Fast Fashion? & the short story

Fast fashion, or even better: 'disposable' fashion is a term we use when we mean those companies that produce and sell cheap and fashionable clothes, always creating new ones - it's the strategy that has made fashion "low cost".

How is Fast Fashion born?

In fact, if we want to think in terms of cause-effect we would have to look back to the nineteenth century: with the birth of the first textile industries that produced the first mass-produced clothes. This is certainly not what we mean by Fast Fashion today, but it is the point where the wheel began to spin.

In the sixties, the first small shops were born, which would later become the big Fast Fashion brands. Among the brands we can mention H&M (offering cheap and fashionable clothes), Zara (at the beginning they copied the clothes of famous brands, but then they applied the "instant fashion" production), Topshop (offering clothes designed by young British designers such as Mary Quant, considered the inventor of the miniskirt) and Primark (called Penneys).

The New York Times first used the expression "fast fashion" at the end of 1989, when Zara opened a shop in New York: according to the article, it took only 15 days for a Zara garment to go from the mind of a designer to the sale in the shop.

Fast fashion is considered to be a process of democratisation of fashion, an economic phenomenon that allowed everyone to dress well and follow the latest trends. Consider that before fast fashion, the working middle class had to sew their own clothes because they could not afford them.

YOU MIGHT ALSO LIKE
Cut the Greed, not the Greens!
6 Must-Watch Documentaries on Sustainability and Environment
What is zero waste?

We'll help you out with everything

No products in the basket.